Rochester Institute of Technology has an understated new name for a high-tech complex that will soon centralize the university’s makerspace and performing arts. RIT announced on Friday that the facility currently under construction will officially be called the Student Hall for Exploration and Development, or simply “the SHED.”

The name is the winning entrant in a student contest that received 260 submissions and received more than 2,000 student votes. 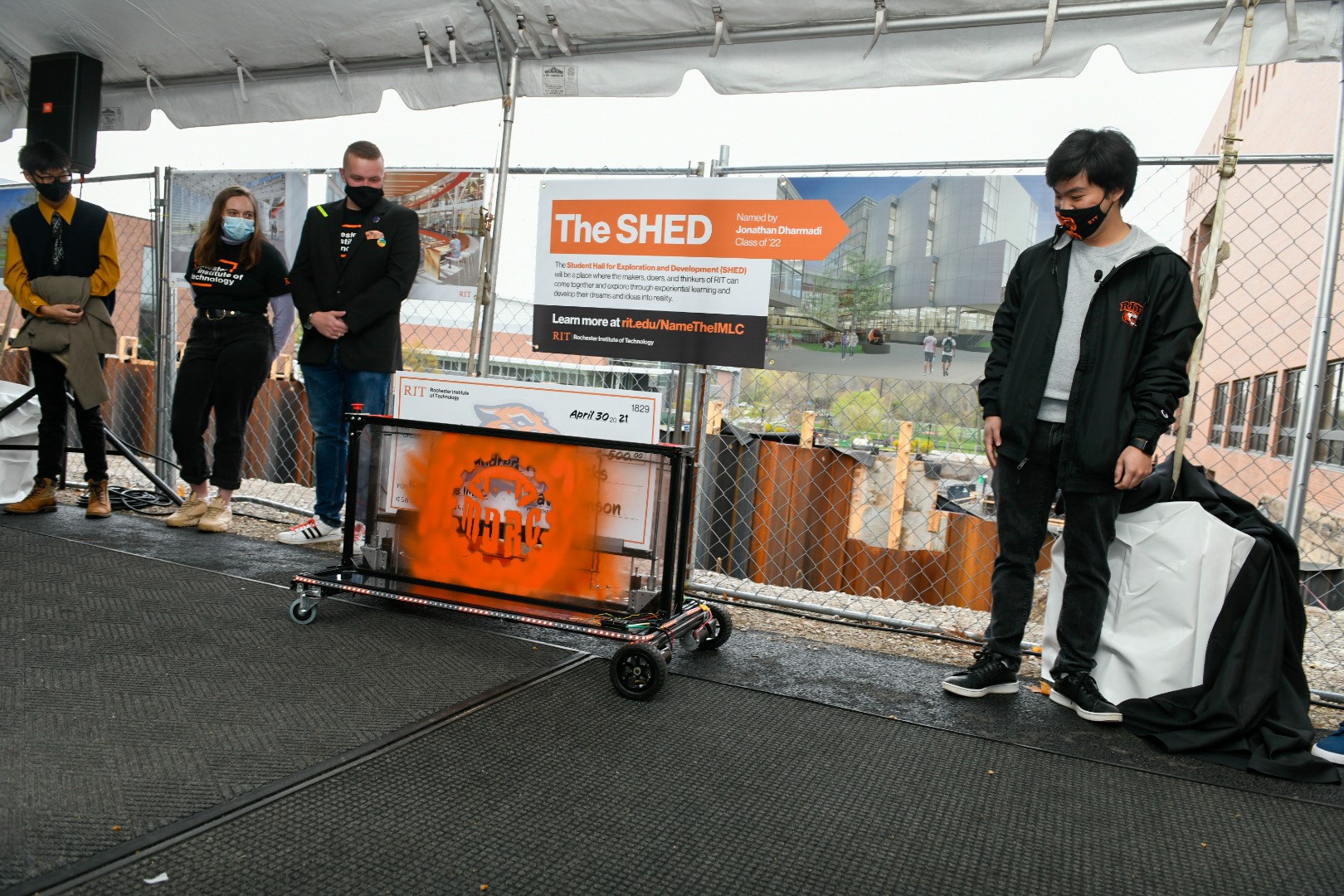 The idea for the student naming contest was seeded by RIT trustee and alumnus Austin McChord, whose record $50 million gift to RIT in 2017 helped fund the complex. A robot built by the RIT Robotics Club helped McChord deliver a $500 Tiger Bucks check to naming contest winner Jonathan Dharmadi. Student groups like the RIT Robotics Club will be able collaborate in the SHED once it is complete…