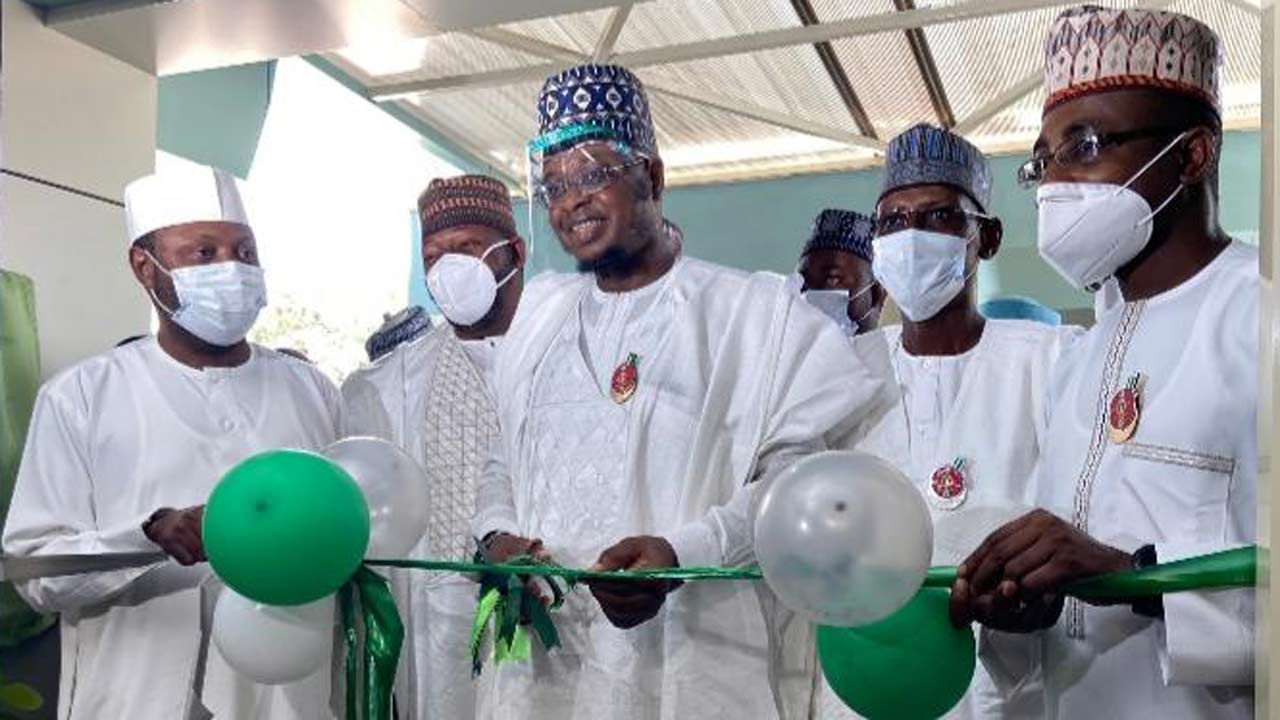 In the middle, Dr Isa Pantami, Minister of Communications and Digital Economy, (second from right )Mr Musa Bello, FCT Minister, (first on right hand) Mr Kashifu Inuwa, Director-General of NITDA and other dignitaries at the inauguration of NCAIR in Abuja.

Dr Isa Pantami, Minister of Communications and Digital Economy, on Friday in Abuja, inaugurated the National Centre for Artificial Intelligence and Robotics.

The centre seeks to position the country for the Fourth Industrial Revolution that dwells on emerging technologies.

The minister said at the inauguration that the establishment of the centre was in line with the eight pillars of the National Digital Economy Policy and Strategy (NDEPS) of the Federal Government.

He explained that the centre related to the seventh pillar of NDEPS, which is on Digital Society and Emerging Technologies.