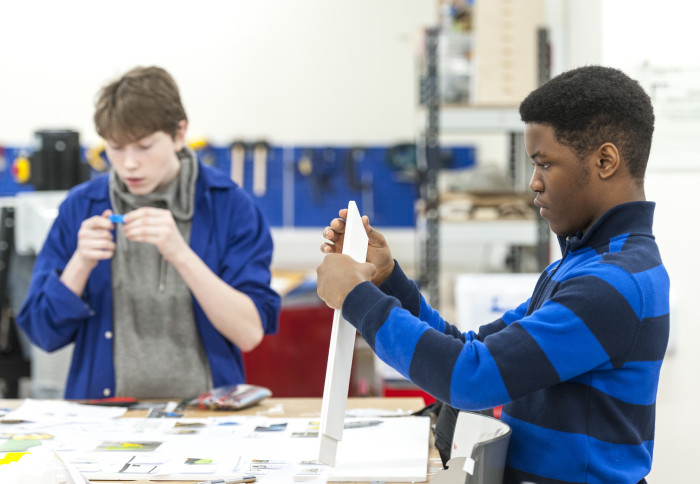 Young people from the White City area showcase their making and inventing skills as part of Imperial’s Maker Challenge.

During the past year, pupils from local schools in the White City area have developed their own prototypes – from trainers to walk on walls and environmentally conscious cricket equipment.

Based at the Reach Out Makerspace in The Invention Rooms at Imperial’s White City Campus, The Maker Challenge encourages young people from the local community to get hands-on by creating their own prototype products and gadgets. Since lockdown, the Makerspace team have developed a new virtual Maker Challenge which teaches making and digital skills online.

The programmes came to an end with three finale showcases, where the projects were judged by a panel of…

A tour of the new Indian Creek Elementary School